Guess whose back, back again....

WELCOME FANS OF WIN!!!!!!
Ill understand if theres not many of you left. Ive been gone for a while, life can slow you down but it cant stop the rock!!
Anyway without further a do, hobby time!!
I know I promised you a magnetised multi back last time, all those months ago, and i did start/almost finish. But then the lovely wife got me this winged baby for crimbo. 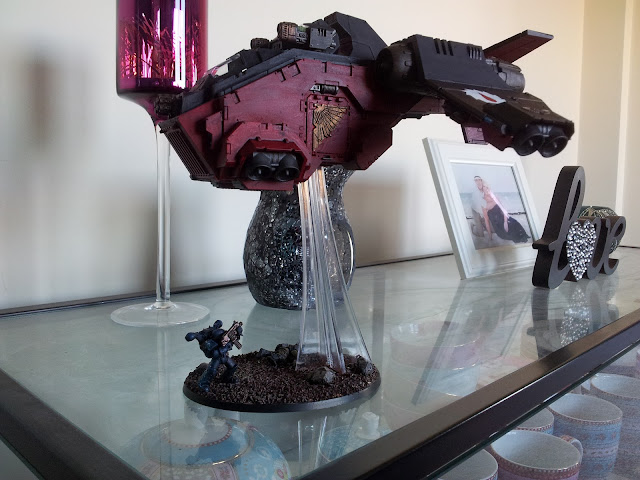 Well thats the finished product, Pollus Tempestus.
But how did we get there.
Firstly, if your not gonna be painting the canopies then you will need to paint the crew members before inserting them into the plane, and certainly before glueing the glass sections on!! 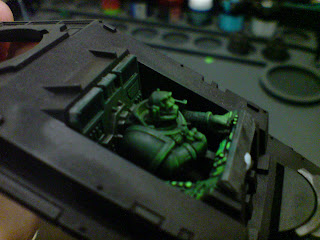 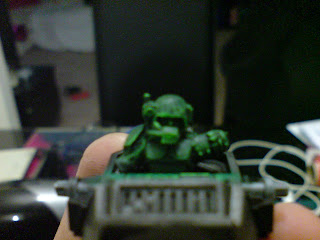 I tried doing some OSL for them, the idea being that they were lit up from the control panels.
Also I wanted to keep the plastic servitor and techmarine bits for future projects so a little bit of conversion was done, the servitor being swapped for a cadian and the tech marine being swapped with a normal torso and a scout head. think they turned out good. 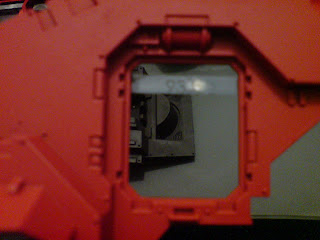 I also magnetised the hurricane bolters on to the side. A small bit of spacing had to be done to make the bolters meet up with the magnet i placed over the door, thats just a piece of sprue over the door and sprue was used for the spacing too. The forge world doors, (kindly donated by Rob)  arnt magnetised as the friction holds them in place for now, but if necessary they will be in the future. Same can be said for the weapons on the servitor brick and the nose gun too. They arnt magnetised yet as i dont see myself using different combinations, but ive left it so that it would be easy to make this happen. The kit is well made and holds itself together well without glue.
Getting near the end of the construction i realised how MASSIVE this kit is with the wings on. I was either gonna need to buy a new case just to cart this around ormagnetise the wings. Well, always one for the cheap option.... 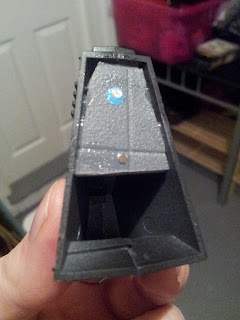 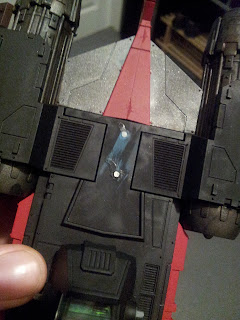 The wings hold themselves on the body pretty well, so i inserted a piece of movement tray in the upper intake and then drilled myself holes for the magnets. The hull is pretty thin so i drilled through at the relevent spots and then glued a piece of sprue under the holes for added security. Handy stuff that sprue!!
The force of the magnets in the intake is enough to securely hold the wings in place. 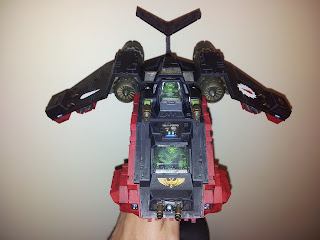 Just for a bit of character I added a Night Lord and dead guardsman to the base.
Speaking of the base, i drilled a 2mm hole up the middle of the stand and then screwed the stand to the base. Maybe a bit unnessary but better safe than sorry!!
In hindsight i would have done this after making the base as i couldnt then spray under coat it. 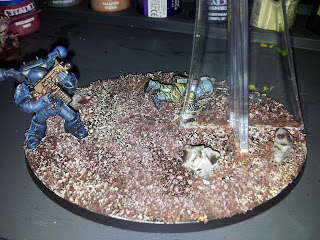 Hope you enjoyed, and hopefully be back next week!!!!
Scribbled by the_qwertman at 19:28

Like something you see? Maybe its for sale!! Why not take a look?